The Calliope Hummingbird is the smallest bird that lives and breeds in North America and the smallest long-distance avian migrant in the world.  It's wintering grounds are typically found in a selective area of south-central Mexico, however, we currently have a wintering calliope in south Nashville, in middle Tennessee, that has been present in that area since October. 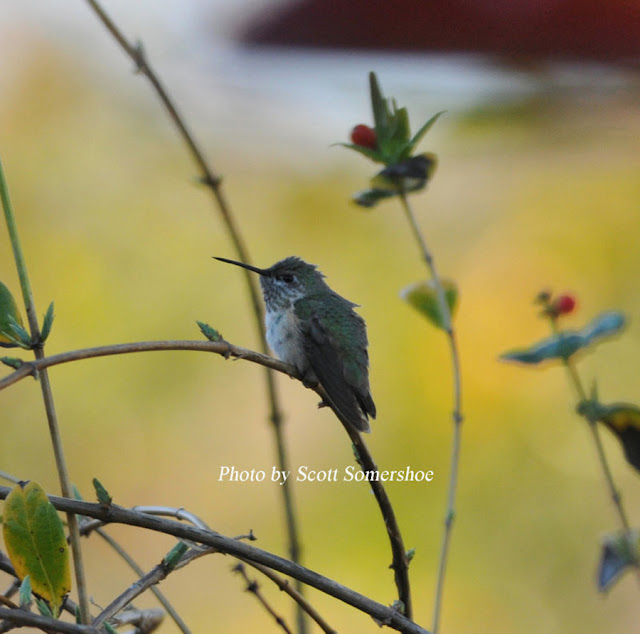 This is the seventh known record of a Calliope species wintering in Tennessee.  The first was recorded in 1997-1998, also in the Nashville area.  During that year, Bob Sargent describes capturing and banding five members of the Calliope species in the eastern United States. 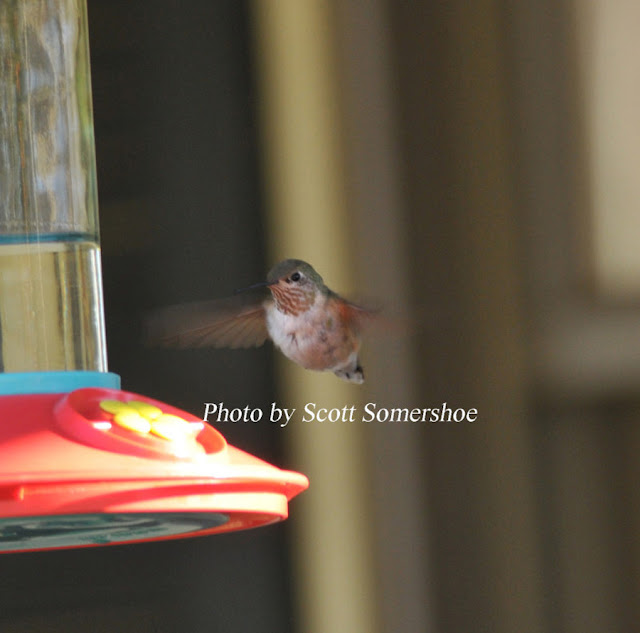 Sargent describes this hummingbird as about two-thirds the size of our eastern Ruby-throated hummingbird and along with its small size, its short tail is one of it's identification characteristics. 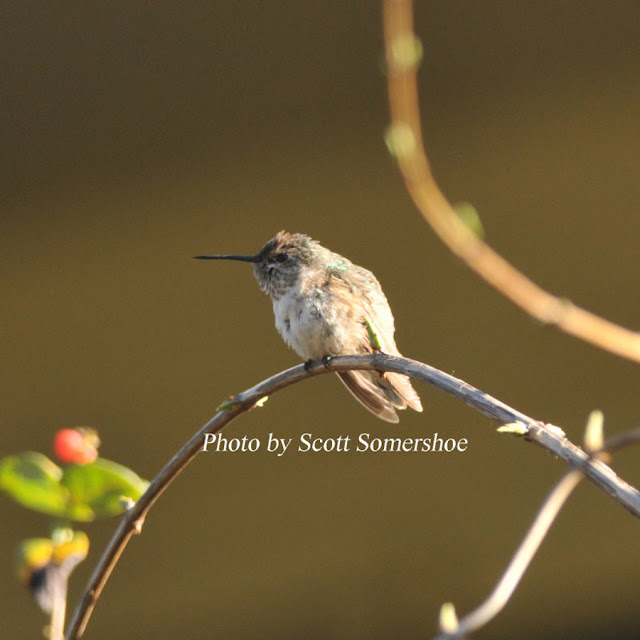 Thanks to Tennessee Wildlife Resources Agency State Ornithologist, Scott Somershoe, for permission to post the above images.  More images of this winter migrant can be found at the following link:  Dec 21st, 2012_Calliope Hummingbird in Nashville, TN.

To learn more about this hummingbird species visit:  Bob Sargent's report on wintering Calliope's and Cornell on the Calliope Hummingbird.

Visit this link to see other reports on wintering hummingbirds in Tennessee.
Share |
Posted by Vickie at 9:05 PM 1 comments