If you happen to be outside when a flock of grackles arrives, you may want to take shelter!  It may rain acorns! 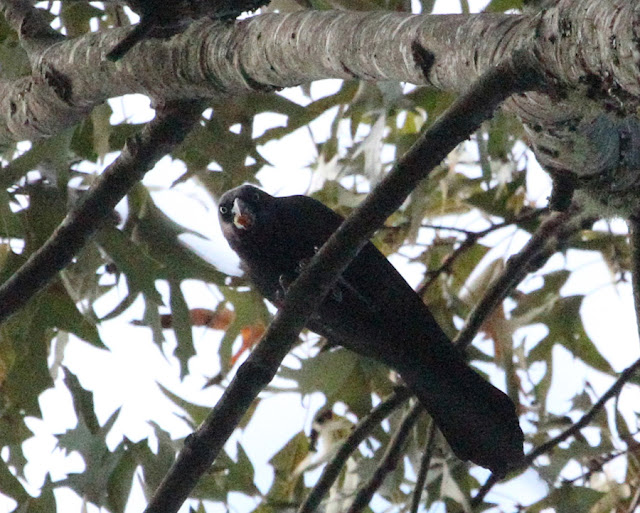 When mature acorns are abundant in early autumn, flocks of grackles noisely move from tree to tree feasting on the juicy nut meats. The first time a roaming flock landed in the oaks over my house, it sounded like hail was pelting the roof.  I looked out on the deck to see leaves, twigs and pieces of acorns falling like rain from Southern Red Oaks overhanging the house and deck. 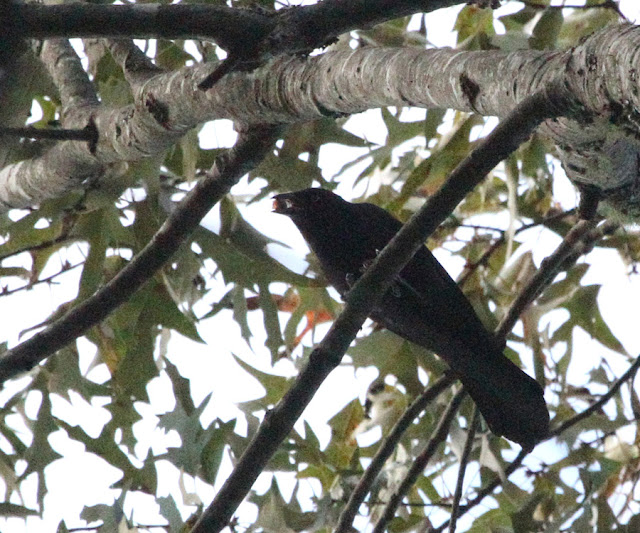 While we usually think of grackles as feeding in fields and on the ground, they also dine in trees.  While most of the grackles were in the limbs, some were also foraging on the ground underneath, picking up fallen nut pieces. It was the nut pieces with their serrated edges that intriqued me.  I wondered how they were cracking them open. 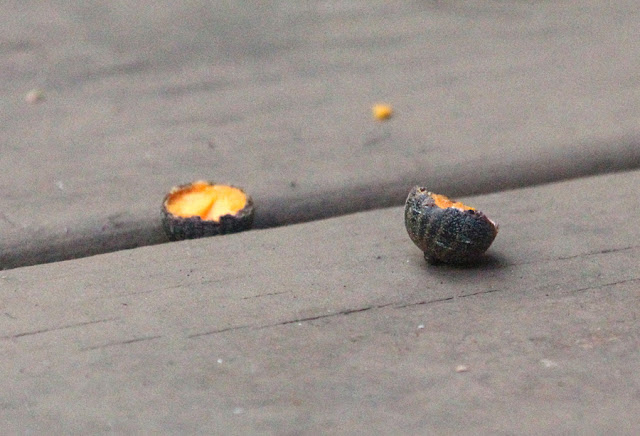 Some birds swallow acorns whole, like wild turkey and some species of pigeons.  They can rely on their strong gullet muscle to crush them for digestion.  Blue Jays pound the acorns with their beak to break them and eat the soft meat inside.  Grackles, on the other hand, have special mouth parts and a strong beak that equips them for breaking acorns.  Their hard palate has a projection referred to as a "keel" that extends downward.  Bird beaks are hinged but they can also flex and move side ways slightly.  Grackles push the acorn against the keel, scoring the shell until it cracks open and the soft interior is exposed.  The edges of the broken acorn look a bit like they've been primatively sawed.  The grackle eats part of the nut and the rest drops to the ground for flock mates to eat. 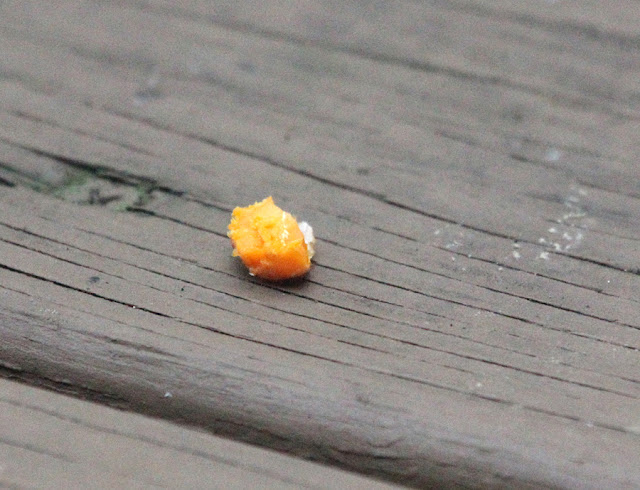 The acorns of the Southern Red Oak are bright orange on the inside. 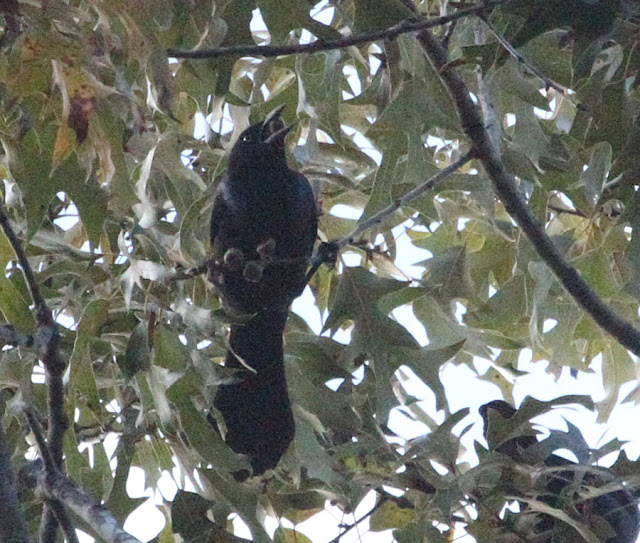 The next time a flock of grackles lands in a tree in your yard, step outside to see what's going on.  It's magical.  Besides the sound of their calls and the energy of activity, they are also acrobats!  Some will be hanging upside down to reach acorns!

You may also enjoy these bird behavior posts:
Tail Signals from a Spruce Grouse
Delightful Limpkin
Share |
Posted by Vickie at 5:01 PM 2 comments