In 2013, I had the joy and privilege of working with the art curators at the Smithsonian National Zoological Park and Gardens, in Washington D.C., in the creation of the interpretive art for their new Whooping Crane Exhibit at the park.  Earlier this year, I had my first opportunity to visit this exhibit--a spectacular experience!

The art images include an identification image for the species (shown on the panel below) and four watercolors for the banners (above) that depict the story of the ultralight-led re-introduction of Whooping Cranes to eastern North America.
The re-introduction effort began in 2001 and continues today. Now more than 100 Whooping Cranes migrate from Wisconsin to wintering grounds in Florida and other eastern states. 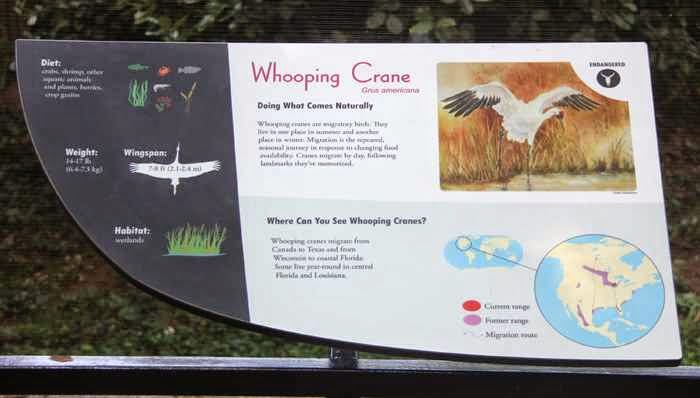 In the early 1940's only fifteen Whooping Cranes remained in the wild migrating population that traveled from Wood Buffalo National Park, Canada, to Aransas National Wildlife Refuge, Texas. That population was reported recently as having approximately 304 birds. Biologists have been concerned that a natural disaster, man-made disaster or disease could wipe out this entire population. To help ensure that this won't happen, they set a goal to establish a separate, migrating population in the east. 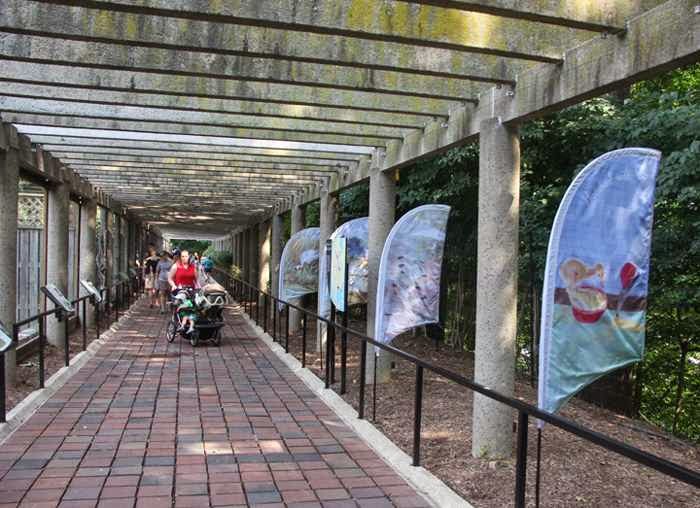 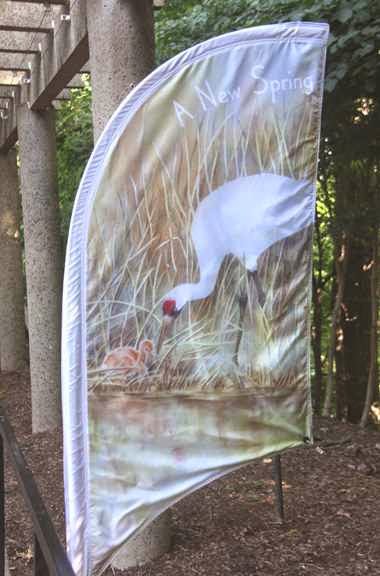 Each banner depicts one phase of the reintroduction story: captive-hatched chick, fall migration behind ultralights, the return to fledging grounds without human assistance, and the wild hatching of young.  It is the hatching of wild young that biologists hope will one day make the eastern population self-sustaining and help ensure that we continue to have wild Whooping Cranes. 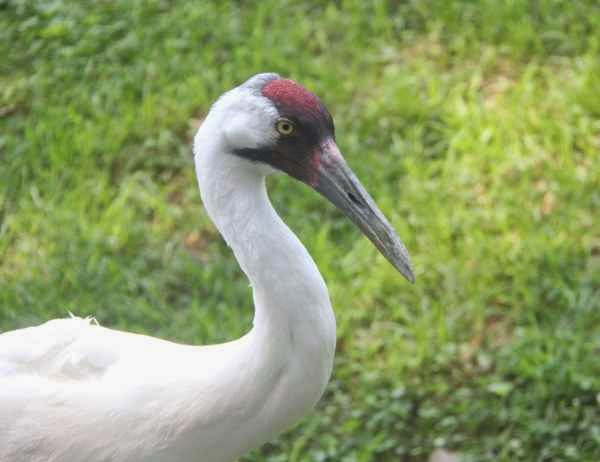 When the Whooping Crane, Rocky, arrived at the Zoo in 2011, it was the first time in 88 years that the National Zoo had housed a Whooping Crane. One year later, Rocky was fortunate to receive a companion to join him at the exhibit. The female was hatched at the International Crane Foundation in 1992 and spent a period of time at the Calgary Zoo prior to joining Rocky.  Watching this pair of cranes together was fascinating.

Whooping Cranes are known for their bugle-like calls that can be heard for a distance of over a mile. Oddly enough, Rocky has no voice and no one knows why. 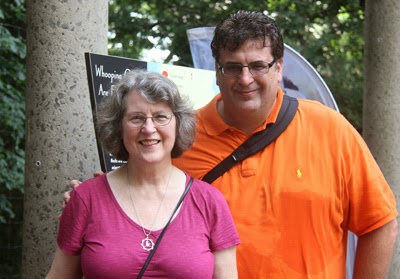 While visiting the exhibit in April, with my son, John, I watched the pair of cranes join each other in guard calls, a call that is given in warning and to sound a unified alert when an intruder is present--in this case, an exhibit attendant filling bird feeders.

Rocky threw his head back, pointed his beak toward the sky, and went through the motions of sounding an alarm call several times.  Within seconds of initiating this "head-thrown-back, open-mouthed" posture, his mate joined him, adding the vigorous, female companion call and making it sound as though both of them were calling.  If I had not known Rocky was mute, I would have never guessed this was so while watching their behavior. 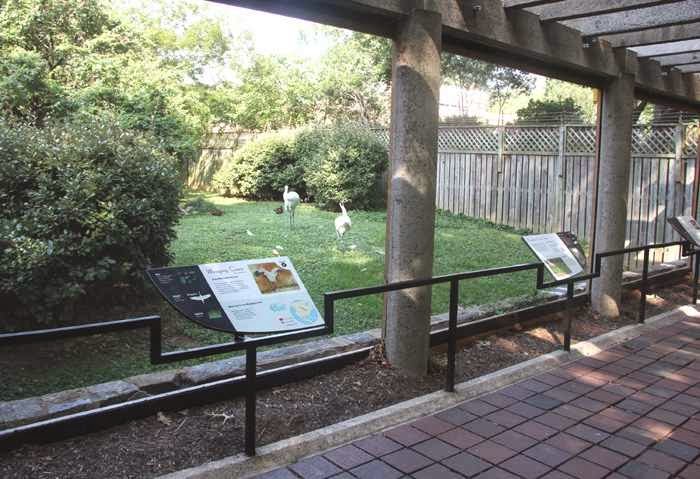 Visit my website gallery to see larger images of the banner art and more of my Whooping Crane art:  Whooping Cranes
You will also find Whooping Crane prints and art cards for sale at my online Shop
Visit my blog, Vickie's Sketchbook, to see more about the watercolor techniques used to create the banner art.
Go to Operation Migration’s Field Journal to learn about the current ultralight migration.

More about Whooping Cranes on this blog.
Share |
Posted by Vickie at 8:29 AM 1 comments