Guard Purpose:  to prevent raccoons and snakes from "visiting" the nests. The size was determined by measuring the length of a stuffed raccoon's arm (9 inches).  Visit my blog post, Helping Cavity Nesters, to read the amusing story of how Colin figured out the right depth for these guards (published in the March/April 2011 issue TN Conservationist Magazine).

The wire is referred to as "hardware cloth" and can be purchased at Lowes. Make sure you buy the larger gauge wire - raccoons can easily rip off guards made with the thinner variety. Be careful where you mount the wire to prevent injury to yourself.

Construction is as follows: 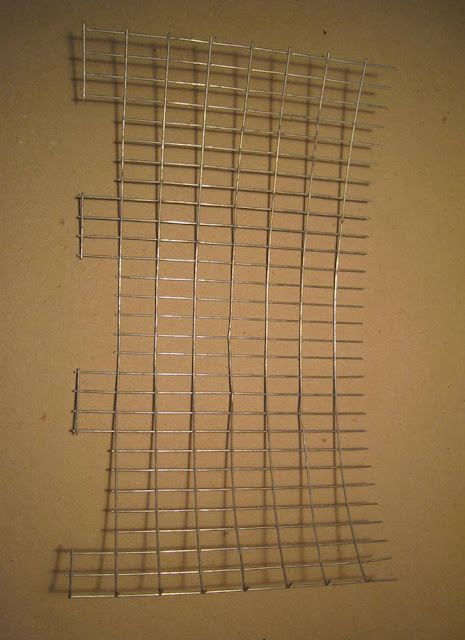 2.  Remove the pieces to form the mounting flanges and bend the wires on the shorter side to about 90 degrees.  I recommend bending with the "roll" of the wire. 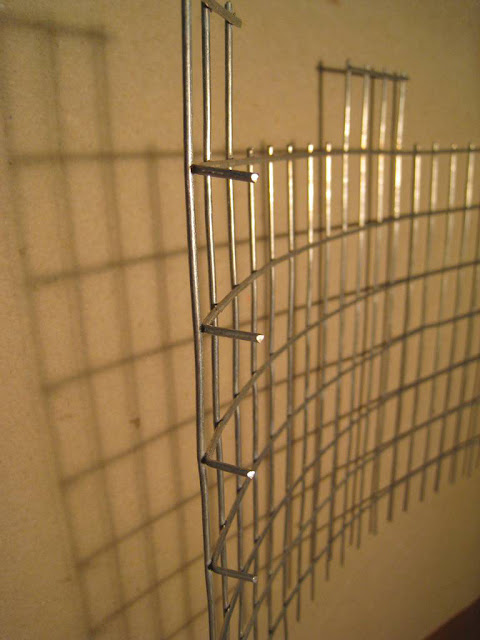 3.  Roll the wire around a piece of 3 inch pipe and when the ends come together, hook the wires you bent in step 3 through the opposite end and squeeze them around as shown below. 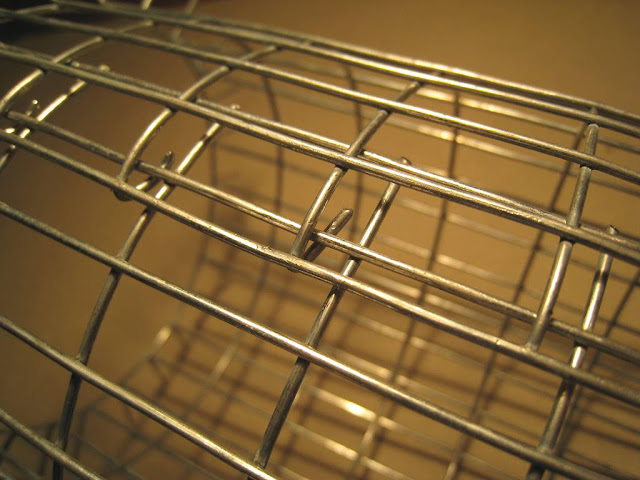 4.  Bend the wires on the longer edge and the flanges to 90 degrees as illustrated below. 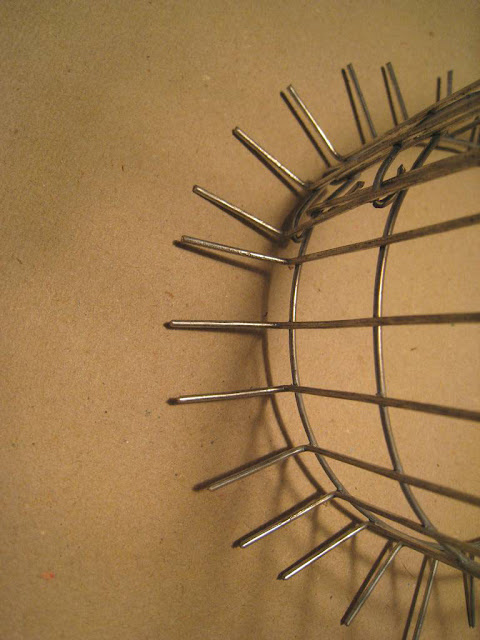 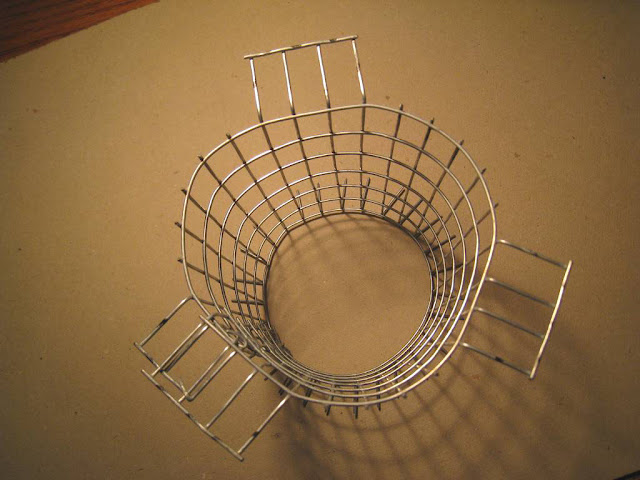 You will need some three-quarter inch fender washers and half-inch screws to mount the guard. The guards will not work on front-opening boxes. 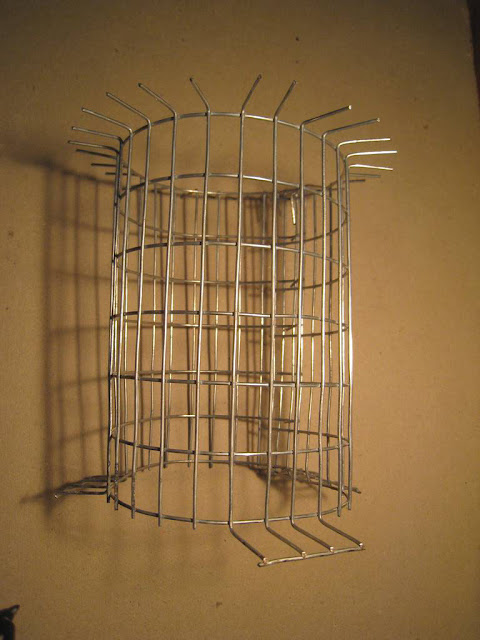 “We've noticed, especially with the tree swallows, that the male sits sunning himself in the guard whilst the female is on the nest. We're not certain but we think we saw a Bud Lite being past out to him.”  Colin

I've also noticed that the female bluebird will come out of the box while incubating and rest on the guard to watch the outside world, sometimes flying to a perch, other times returning to incubate again after a brief break.  Both bluebirds and chickadees perch on the guard and I've seen bluebirds pass food to each other through the wires while feeding young.
Share |