It is breeding season for sandhill cranes like so many other species.  Soon after sandhill crane chicks hatch they leave the nest and follow their parents to learn about their environment and what to eat and how to find food. 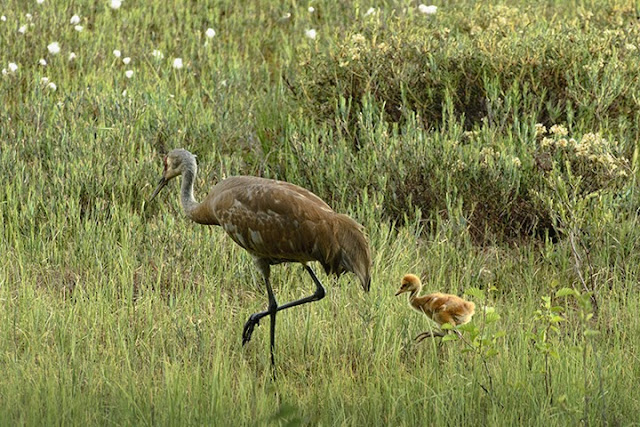 Sandhill cranes have a family life that we humans relate to easily.  They mate for life, live long lives, stay together as a family unit for many months, including when they migrate, and have a complex system of communication that includes posturing, dancing and many vocals that establish who they are and their breeding and feeding territory, helping to maintain order with their neighbors.

The male sandhill crane below is initiating a dance. 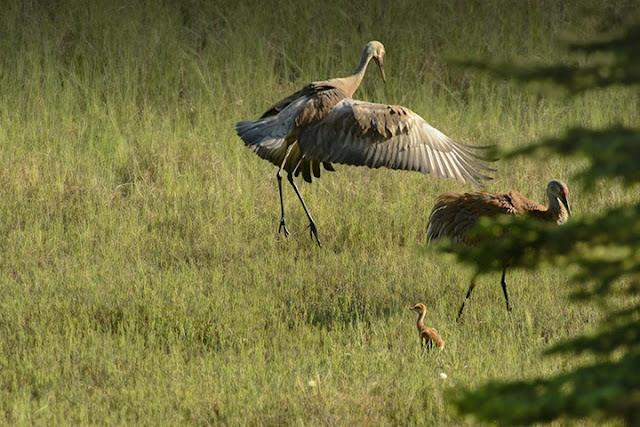 He gets the attention of his chick and the chick responds with excitement. 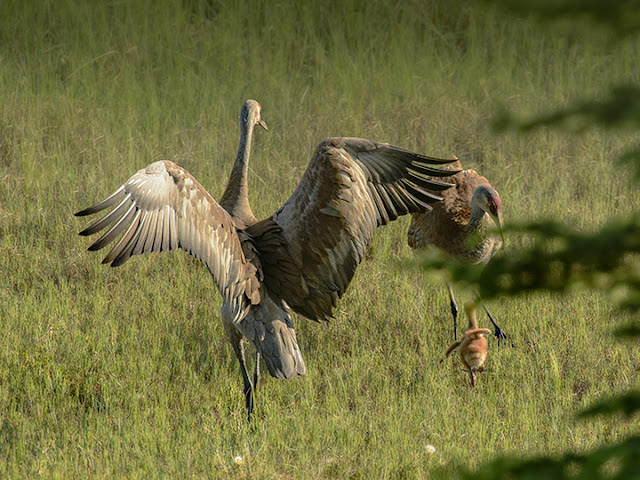 And tries to imitate the dance. 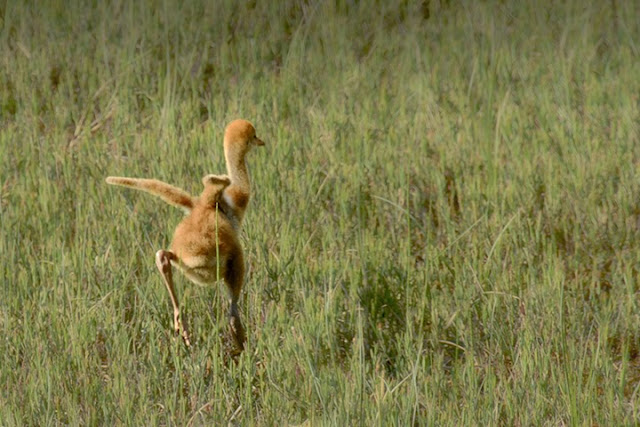 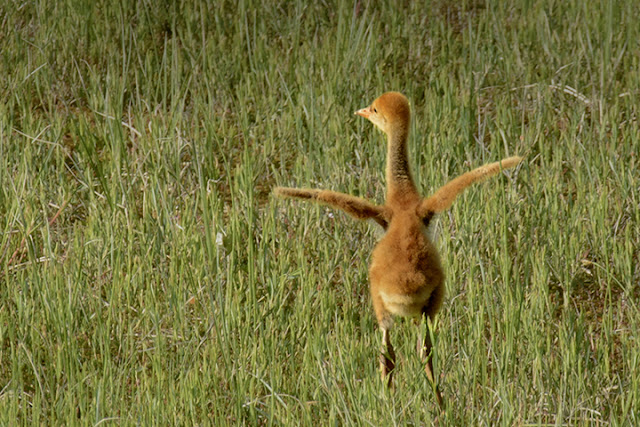 In a few months, this family will join other families in their migration journey to warmer climates where food is available during the winter months.  It is during this migration journey that we have the opportunity to see sandhill cranes in Tennessee--a unique population of sandhill cranes known as the Eastern Population of Greater Sandhill Cranes.  This population was once on the brink of extinction.  With the help of wetland conservation, the establishment of hunting regulations and the sandhill crane's ability to adapt to human presence and smaller territories, this population has made a spectacular come back.  That is why Tennessee and visitors have been celebrating sandhill cranes for 22 years at the Hiwassee Wildlife Refuge in Southeast Tennessee. 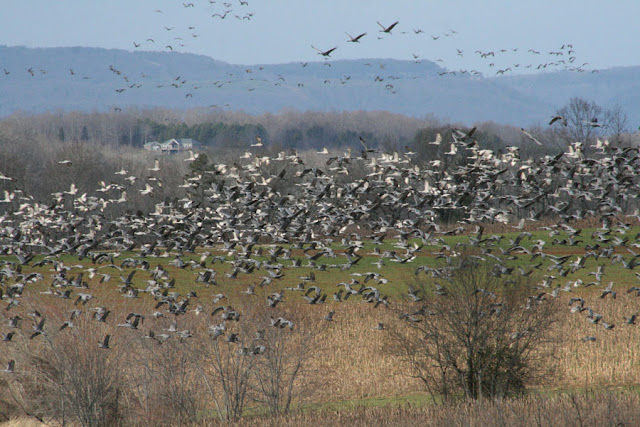 There is no other species of bird in Tennessee that creates this kind of spectacle, offers this type of visibility, has a compelling conservation story, and affords us a viewing opportunity that we use to both celebrate and educate the public about wildlife and wildlife conservation in Tennessee. 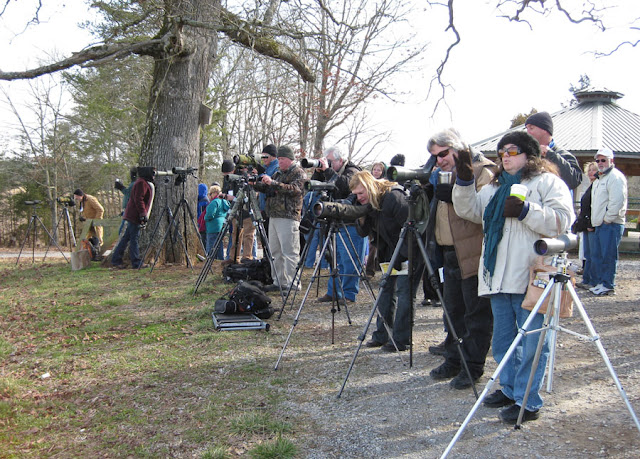 Listen to the message in the video below and click on the Take Action Now link that follows.  The link will take you to a website with the email addresses of all the commissioners and give you a list of talking points to help you write your letters.  We want our Commissioners to know that this is not just about the "impact" to the Eastern Population of Sandhill Cranes--whether the population can sustain a hunt--this is also about the impact on people who have celebrated and revered sandhill cranes in Tennessee for more than 22 years.

Help us stop this hunt with your letters and phone calls.

Results of Tennessee Resident and Hunter's Survey on Knowledge of and Opinions on Sandhill Cranes:  62% of residents are opposed to hunting sandhill cranes; only 42% of hunters support and 35% are opposed; 62% of wildlife watchers are opposed.

Wintering Sandhill Cranes:  three blog posts with close up photos and stories about sandhill cranes wintering at the Hiwassee Wildlife Refuge; first post is at the bottom