Bluebirds can leave you scratching your head from day to day, wondering what their plans are for that empty nest box. 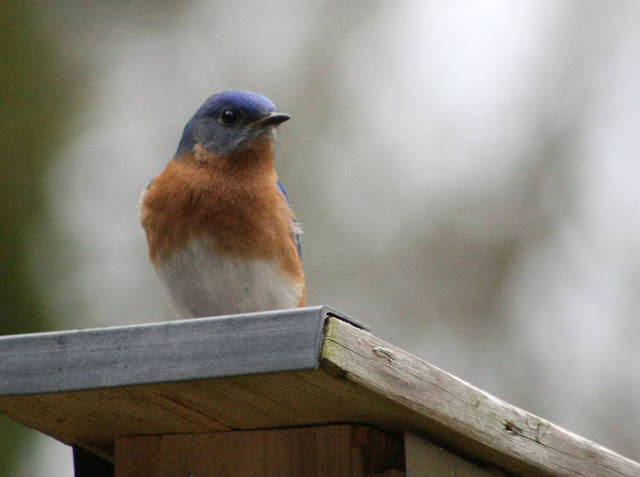 This morning a pair of Eastern bluebirds landed on the limbs overhead almost instantly when I signaled with a whistle that the mealworm diner was now open for customers.  I had barely closed the feeder top when the pair appeared, singing softly.  I sat on the patio and watched as first the male and then the female visited the dish of mealworms. It was especially gratifying to hear the female's contented chirps as she fed.

The male patiently waited for her to finish, and then, poof, they were gone, the nest box serving as nothing more than a perch in route to the feeder. 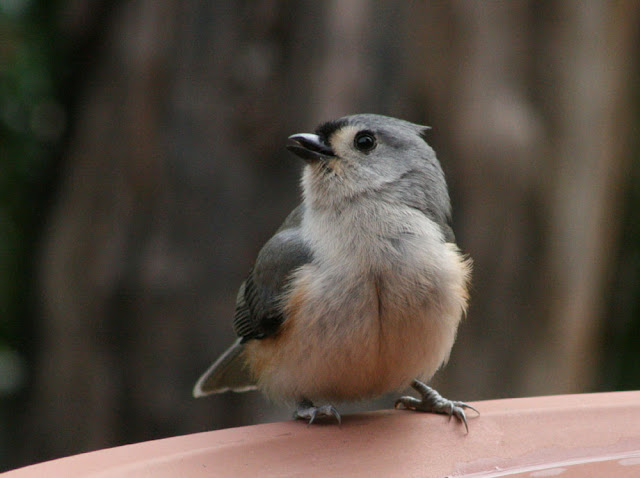 After they left, I watched a male tufted titmouse repeatedly visit the feeder and return to a limb to feed his waiting mate.  This was definitely a smile-worthy observation.  I have no idea where they are nesting but it is certainly somewhere nearby.  The male frequently declares his territory with song and raspy scolding notes.  The bluebirds, on the other hand, make me wonder if they are nesting elsewhere and simply stopping by for a snack at the local diner. 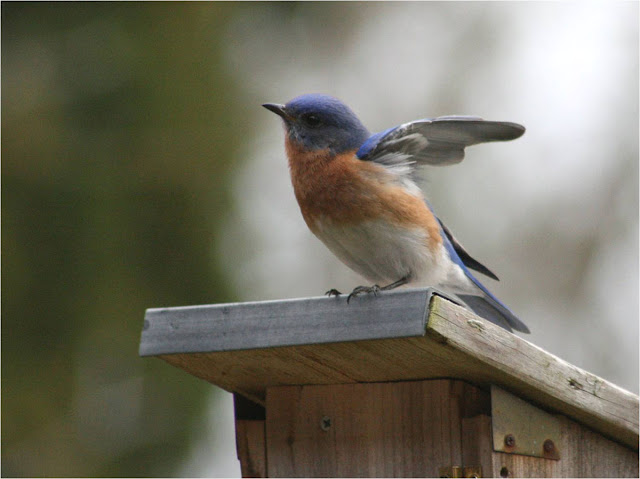 As recently as a week ago, the male and female landed on the nest box together and exchanged excited communications, both chattering and wing-waving.  Above, you see the male wing-waving to encourage the female to join him on the next box.  And below, she has landed on the guard, preparing to check out the nest box.  Wing-waving, an alternating series of wing lifts, is expressed by both the male and the female and seems to signal a greeting and encouragement that reinforces the pair bond during the breeding season. 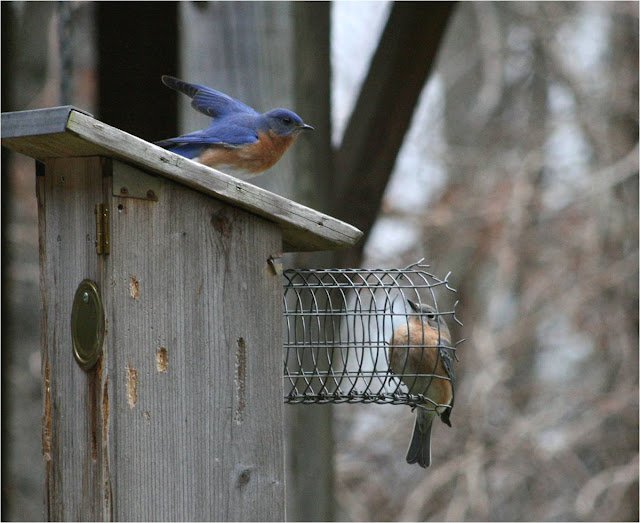 If it were not for last year's records, I would have given up hope that I will have a nesting pair of bluebirds this season.  My notes show that on April 8th of 2011, the pair that raised two broods last season in this nest box had not yet claimed it.  In mid March the wintering flock dispersed as one pair of bluebirds in their midst vigorously chased away flock mates and flock members dispersed in search of breeding territories and mates.  And while some bluebirds may still be searching for nest sites, many pairs in our area have already nested and are incubating eggs. 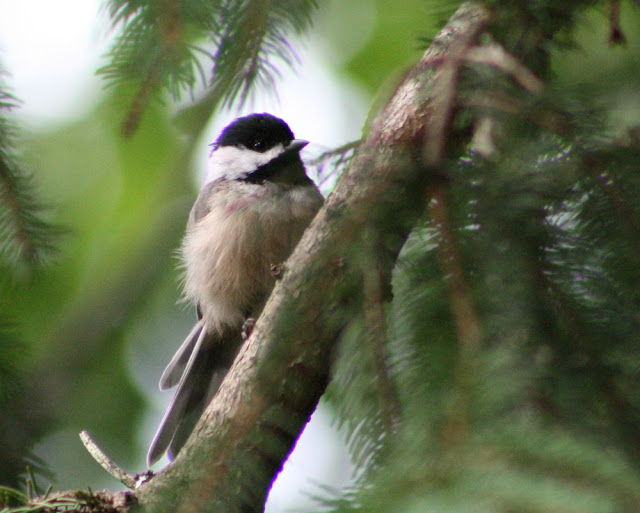 On the other hand, I have a decisive pair of chickadees in charge of my second nest box.  A Carolina chickadee (above) is building her nest right on schedule with last year's nesting record.  When I last checked the box on March 30th, the female had completed her thick base of moss and was placing a layer of soft grasses, hair, downy feathers, and other soft materials over it to begin forming the nest cup. 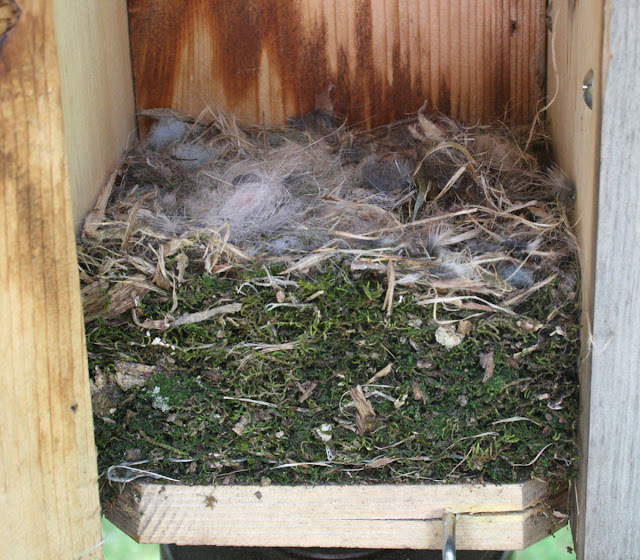 Chickadee nests are so soft and neat, astoundingly lovely.

For stories and images of last season's nesting bluebirds, visit:  Bluebird Family.  And for more on Carolina chickadees visit my chickadee posts.

Also please visit my new book:  Red-shouldered Hawk Territory, A sketchbook journey through nesting season.  The book will be ready for shipping by April 12th and contains my sketches, field notes and the stories and photos that unfolded during four-months of observing a nesting pair of red-shouldered hawks.  You can visit some of those stories and images on this blog by clicking: Red-shouldered hawks. Scroll to the bottom to read earliest posts first.
Share |
Posted by Vickie at 12:01 PM