I was so excited to finally see a moose since I wasn't able to see any on my trip to Alaska, even though they were all around!  We saw seven, all together, both times in twilight, late in the evening or early in the morning, making it impossible for me to get any images. Try not to stare at this photo too long--it may make you dizzy! 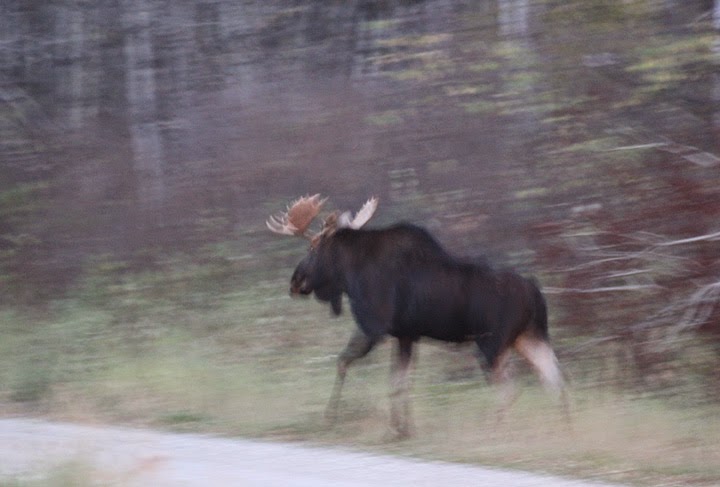 We're in luck, though.  My friend, Colin Leonard, had his video camera ready.  As you are watching the video, notice when you see the fourth moose standing in the grasses to the right of the road, and listen carefully.

October is rutting season for moose and other large hooved mammals.  There were several bull moose in this area and shortly before we found this male, we had a glimpse of a female as she disappeared in the brush.  This large male paused to look at us after heading toward the woods. At that moment, Christian Artuso, our guide, gave his best imitation of a female moose call to see if he could turn him around, and it worked! He trotted our way to investigate!  Watch what happens.
Since I was on the moose side of the truck, behind Christian, with window open, I automatically scooted toward the center of the seat as the moose trotted toward us!  When he was within about six feet of the truck, he veared off the road and disappeared in the brush.  I asked Christian what he planned to do if the moose hadn't stopped.  His answer, "I eased the gear into reverse and my foot was poised over the accelerator.  If he kept coming, we were going to have a fast ride backwards!" 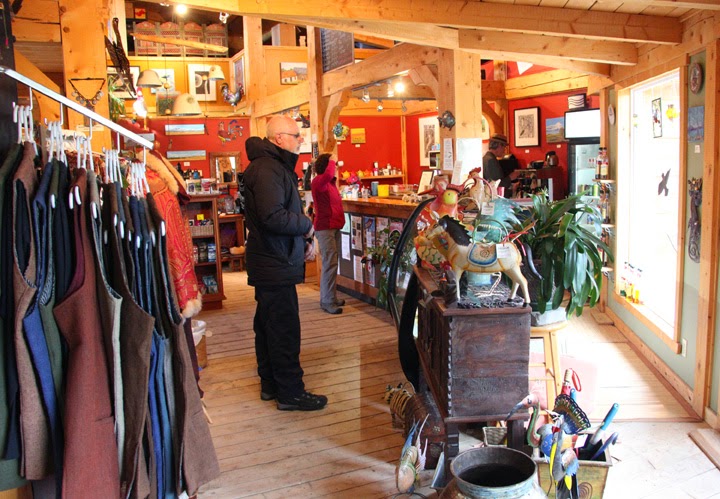 Above and below, Poor Michaels Emporium where we enjoyed hot mocha and lunch at the in Onanole outside of Riding Mountain National Park. 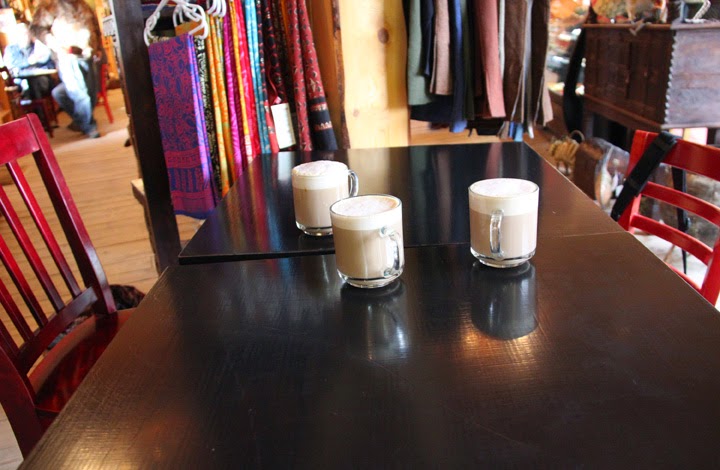 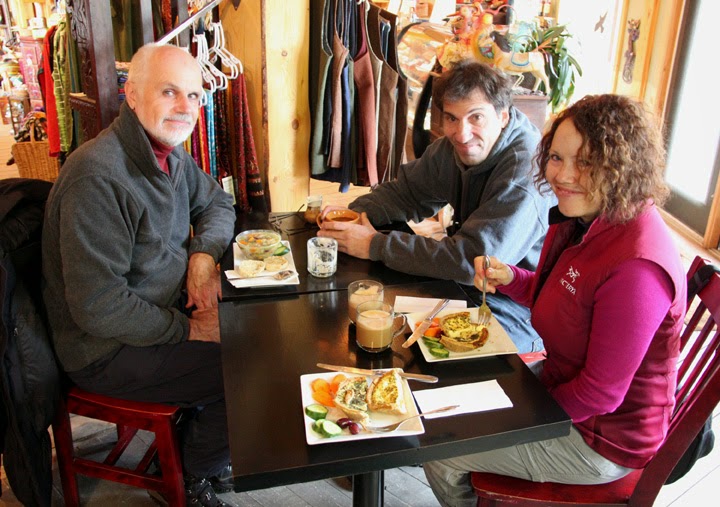 Colin Leonard, Christian Artuso, and Billie Cantwell at the Emporium in Onanole.

This is the fifth in a series of posts on my journey to Churchill, Manitoba, to see Polar Bears including a visit to Riding Mountain National Park.  Click the journey to Churchill link to see all the posts.  The most recent post will appear first.  When you reach the end of the page, click "older post" to continue with the series.

Next:  A Walk through the Boreal Forest