Pine Siskin at the Feeder

I welcome comments from folks who know this species to help confirm this ID. This is another new bird for me! 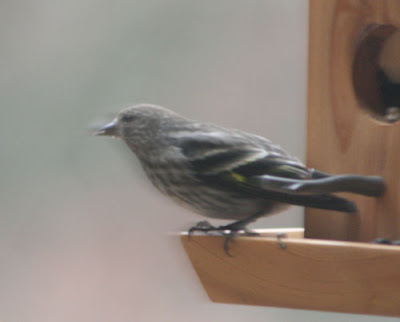 I looked at the sharp beak, the heavy streaking and the wing stripes and went through all the finch-like birds in my field guides before landing on pine siskin, a bird that winters in TN, but that is unfamiliar to me. 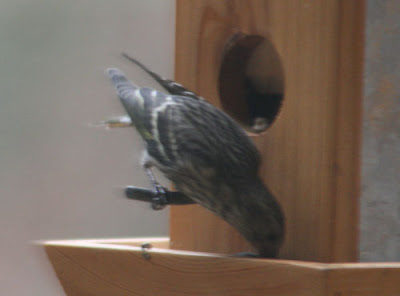 I would have missed this new visitor altogether, had I not been sitting in the chair that looks out on the feeder while talking with a friend on the phone. When the chickadees and titmice cleared out, this bird sat quietly for a long time, picking up sunflower seeds, dropping them, picking up another. Swallowing a few. Maybe the ones he dropped were empty shells? 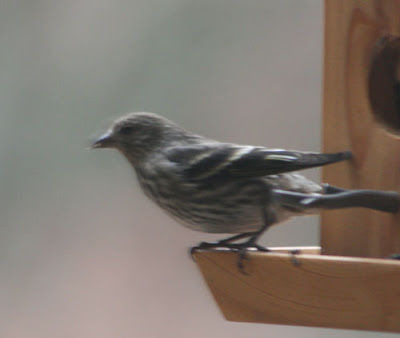 When I hung up the phone, I picked up the camera and shot these images through the glass knowing that if I opened the door the opportunity would be lost. As it was, he only lingered a few minutes longer. 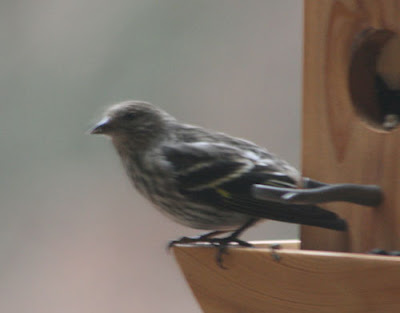 I would have never seen the bit of yellow on his wing without the photos, nor had the opportunity to really look at his unique beak which is so sharply pointed. 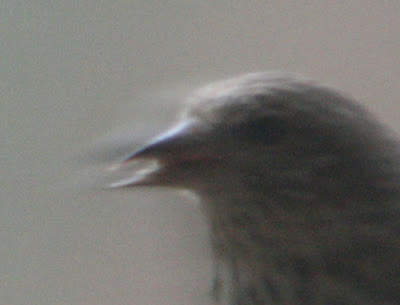 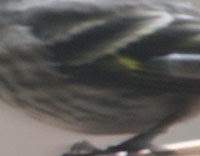 And even though my Peterson's doesn't show white wing stripes, it was that bit of yellow on his wing that steered me toward the pine siskins. Would love to hear your comments.

I sometimes wonder why its so much fun to see a new bird. But it is! I've just started a new feeder list!

Linked to Bird Photography Weekly #18 at Birdfreak.com to support the conservation of our world's birds.
Share |
Posted by Vickie at 1:06 PM