The ultralight migration is still located in west TN as I write this post and was grounded for another day today by too strong winds. 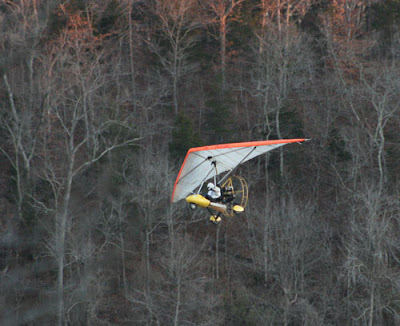 In the photo above taken Sunday morning before I departed again for east TN, Richard van heuvelen tests the lower wind levels while the other three trikes, visible to viewers at points in the distance, test the level of wind disturbance at other elevations. It was decidedly a "no-go" as the winds were gusty and too strong, even though they were coming from the right direction. 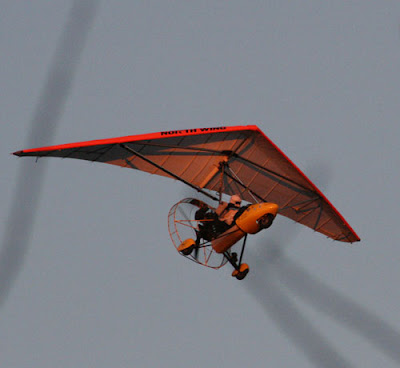 As Richard flew over the viewers, his trike's passenger pod rocked in the wind beneath the wing which makes for a very rough ride and impossible conditions for flying with birds. 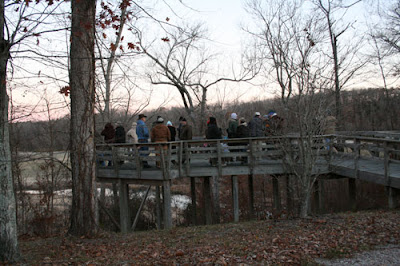 Above you can see the viewing site in Hardin Co. with some of the viewers gathered in Sunday's early morning cold. Below Liz Conde answers questions as we wait for the final decision. 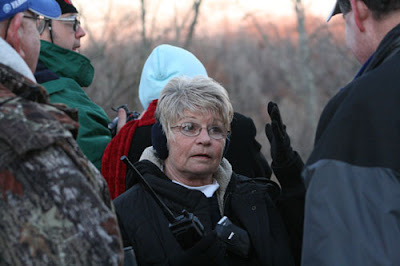 Today's field journal post by Bev Paulin is accompanied by some photos of the birds exercising as the crew is expecting rainy weather in the next few days. During exercise, the juveniles are released in the early morning when the air is more calm and thermals have not yet begun to rise. 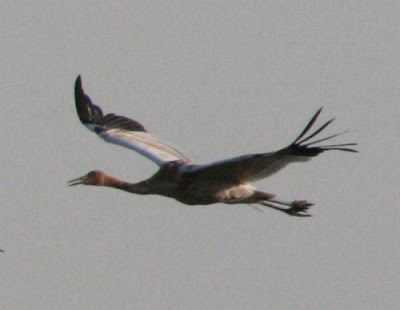 Under these conditions, the young birds will not venture far from the security of "parents" represented by the white costumes. The costumed handlers also carry vocalizers that play the contact call, a reassuring whooping crane communication that stimulates the young chick to stay near its costumed parents.
While the crew is waiting for good flying conditions, take the opportunity to visit the Operation Migration mile-maker page and read about how you can support our whooping cranes and the juvenile class of 2008.
Linked to Bird Photography Weekly #15 at Birdfreak.com to promote the conservation of our world's birds.
Share |
Posted by Vickie at 4:23 PM