After hearing his call, I waited with anticipation for this nuthatch’s arrival. White-breasted nuthatches are known to hang out with chickadees and titmice in the winter time, generally considered a safety-in-numbers kind of practice. So I expected he would arrive sooner, or later. 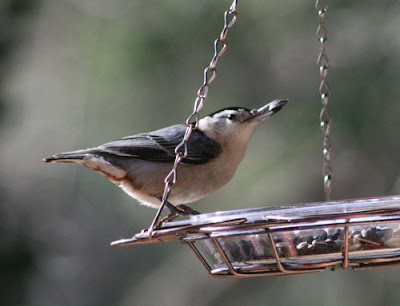 He first tried to land on the 4x4 post to the left of the hanging plate, but failing to find a rough enough surface to grasp, he flew, only to return seconds later and land on the plate. 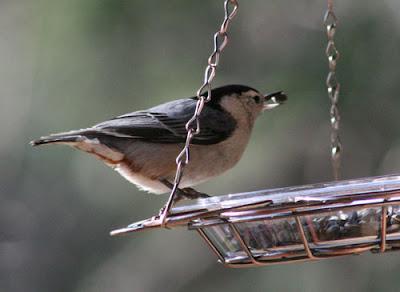 True to his name, after grabbing a seed, he quickly flew to a near-by tree to slide his treasure under the bark and “hatch” it. 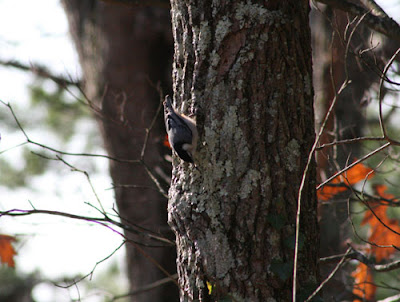 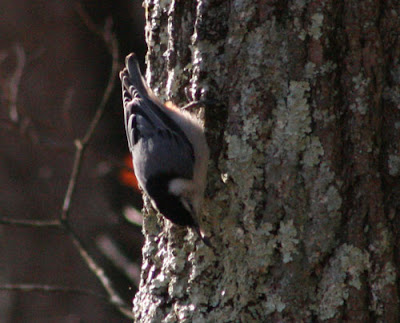 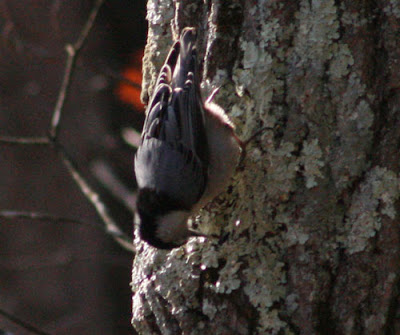 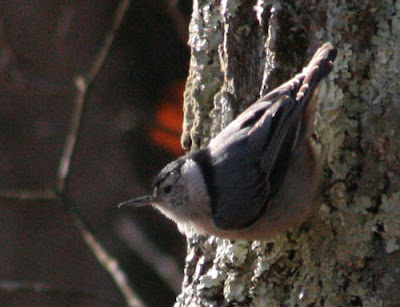 These guys are incredibly fun to watch. In this silhouette below that I captured in October you can see the length of his toes and sharp claws that enable him to travel upside down along the trunk. 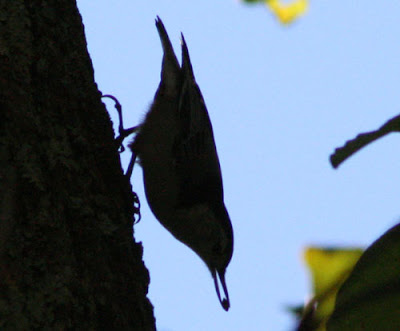 And in his beak, a nut. Not only do they use the tree bark and lichen to hold the nut while they crack the casing, they also hide their bounty so they can retrieve it later. During this particular observation I determined that this little guy was either very careful or picky. Through the series of photos, it was apparent that he buried his seed, walked away, thought better of it, retrieved it again, and repeated the process several times until he found just the right place to deposit it. 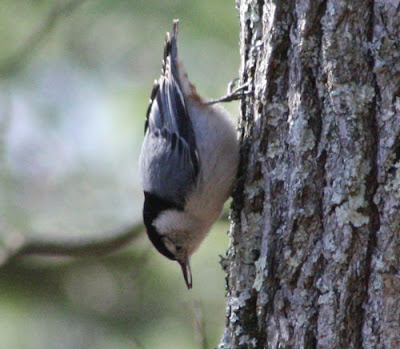 Don’t you just wonder how they remember where they put it? And then don't you wonder how many of these carefully hidden stores are pilfered by hungry neighbors?

Linked to Bird Photography Weekly # 19 at Birdfreak.com to celebrate the conservation of our world's birds.
Share |
Posted by Vickie at 9:05 PM