Each time I go to a nature festival, like a walk in the woods, I come home with something new to think about--new information, new friends, new insights, new experiences with nature.  Exhibiting and presenting at a festival stretches that experience to another dimension, one that is especially heart warming and gratifying. 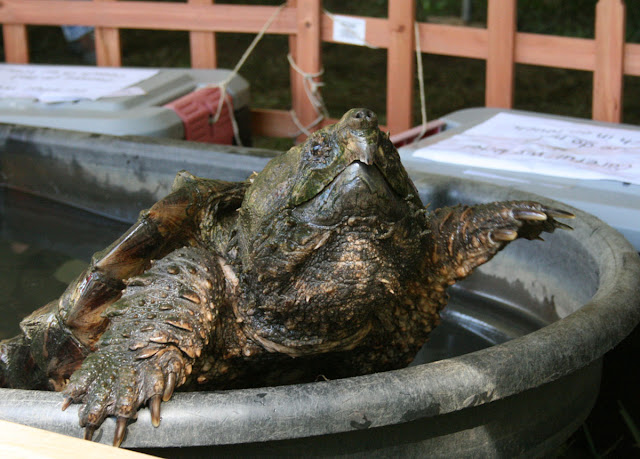 But before I leave my reptile exhibit neighbors, I want to introduce you to an Alligator Snapping Turtle, an incredibly prehistoric appearing creature that kept its keepers busy for three days.  Inhabiting mostly southern waters in the USA, this turtle weighed about 30 lbs though appearing much heavier, and seemed  intent on visiting the world outside his container.  Notice the star-shaped tissue around his eyes that gives the appearance of eye-lashes.  The hunting technique of this species of turtles depends upon camouflage and this  star arrangement breaks up prey's ability to recognize the eye. 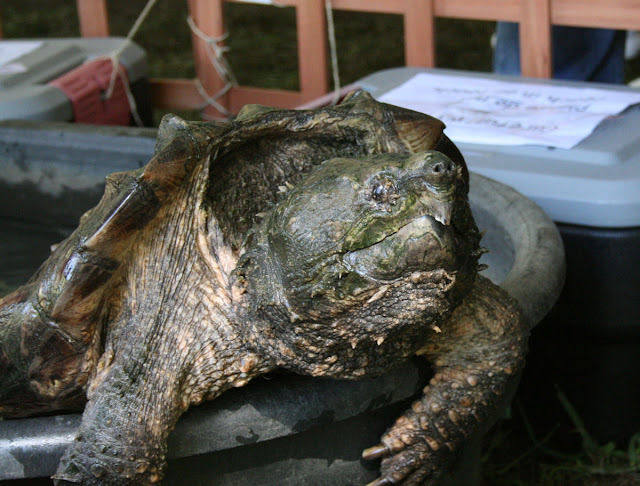 Peter Lindsey, handler from Kentucky Reptile Zoo, picked him up at the request of a visitor who was impressed by his long tail.  The automatic response from the turtle was to open his mouth wide.  Not a set of jaws I would want to accidentally encounter. 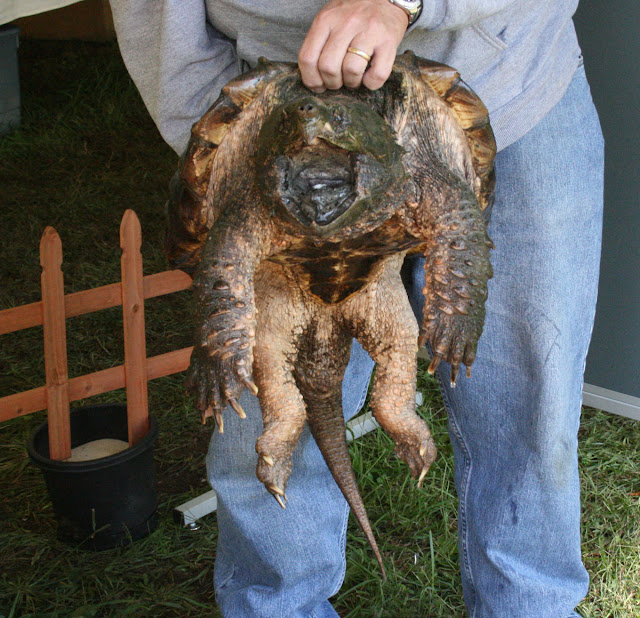 This is a defensive response but this same open jaw posture is also his hunting posture.  Peter explained that the worm-like appendage near the end of this tongue, technically called a 'vermiform', functions as a lure.  The turtle, who can stay submerged for three hours, holds his mouth open while at rest and the vermiform moves in the water acting as a lure to attract fish.  Snap! 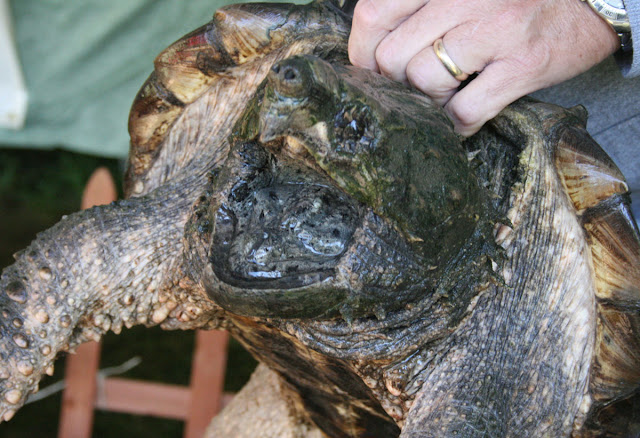 His sidekick, a Gopher Tortoise, held in a separate dry container, had friendlier jaws and was a touchable exhibit member for the children (and plenty of adults).  Being located beside this exhibit kept me laughing.  I had forgotten how much kids love snakes and turtles! 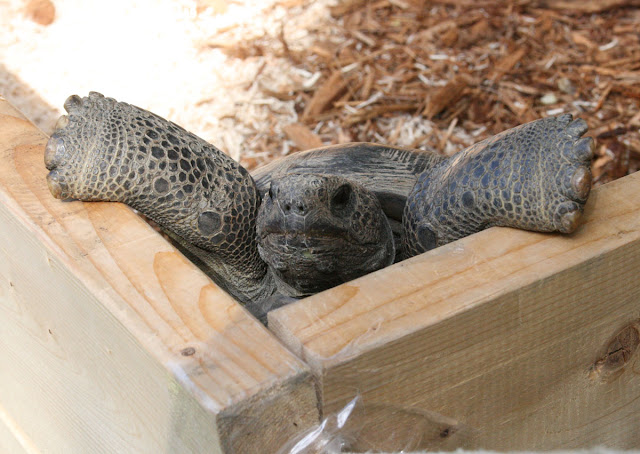 Next post, a beautiful raptor with liquid eyes and a few other things that warmed my heart.