Having a hummingbird in your yard is special any time of year, but having the rare experience of hosting a wintering hummingbird is over the top! 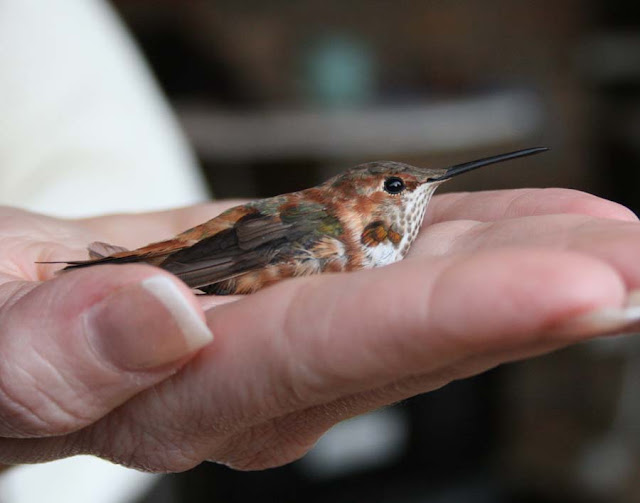 This beautiful juvenile Rufous hummingbird is not hanging out in my yard, but located at the second best place.  He has made part of his wintering territory in the yard of friends, Billie Cantwell and Colin Leonard. On Thursday morning (Jan 5, 2012) I had the exciting pleasure of seeing my first Rufous hummingbird, a life bird, and my first wintering hummingbird in Tennessee. 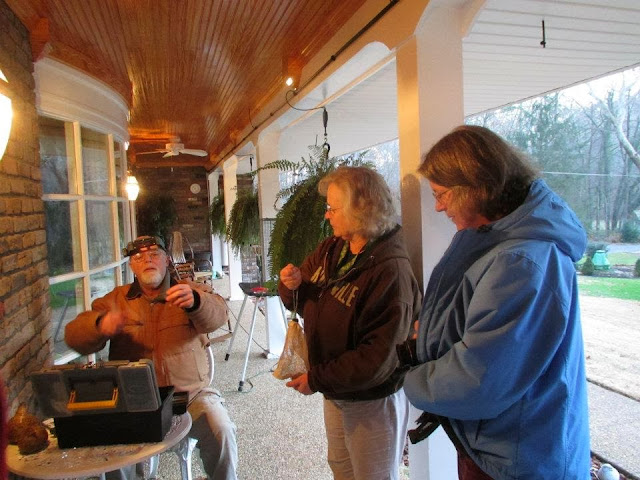 Above, Mark Armstrong, Master Bander of hummingbirds and song birds, gets ready to band the hummingbird.  Below, Colin holds the captured bird briefly, warming it with his hand.  A captured hummer is placed in a mesh bag to hold it safely before banding. 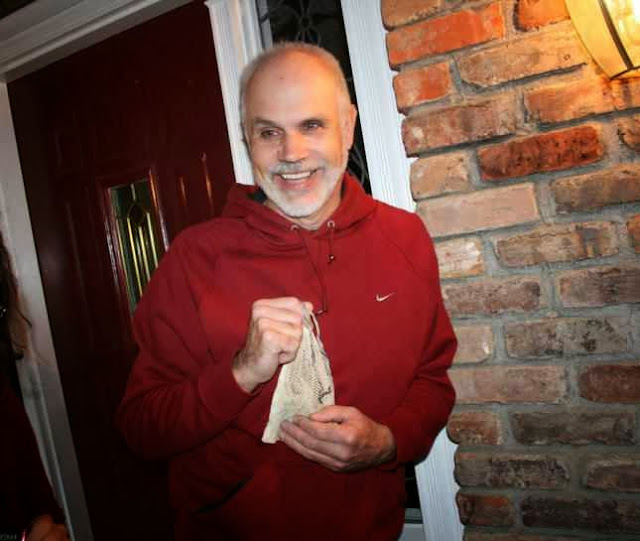 In the image below, Billie holds the bird briefly before he is released. The band will enable the bird to be identified if it returns in future years.  Mark, Avian Curator at the Knoxville Zoo, is also the past president of Knoxville's TOS. Mark has banded eleven Rufous hummingbirds this winter, all since November 15th of 2011. 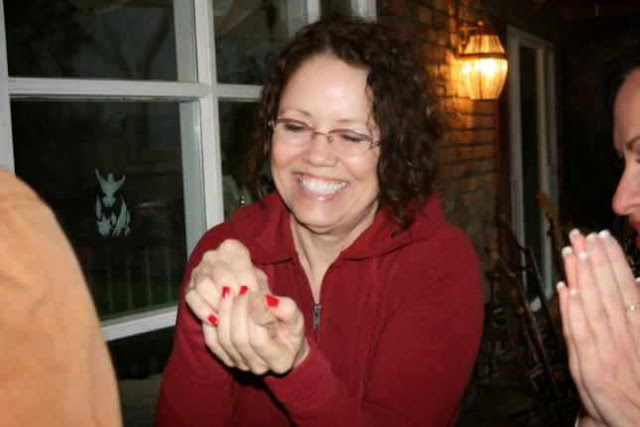 Though most of us don't see hummingbirds in the winter, Bob Sargeant of the Hummingbird Study Group has been banding and studying wintering Rufous hummingbirds since the late 1980's.  While most Rufous hummingbirds are believed to winter in Mexico, Sargent believes that the gene pool is changing and that a hardy species of hummers with the genetic message to winter in the US southeast has developed, evident from the consistent numbers appearing in winter months.

According to those expert at banding hummingbirds, during the 2011-2012 wintering season more hummingbirds are being reported in the southeastern United States than in previous years.