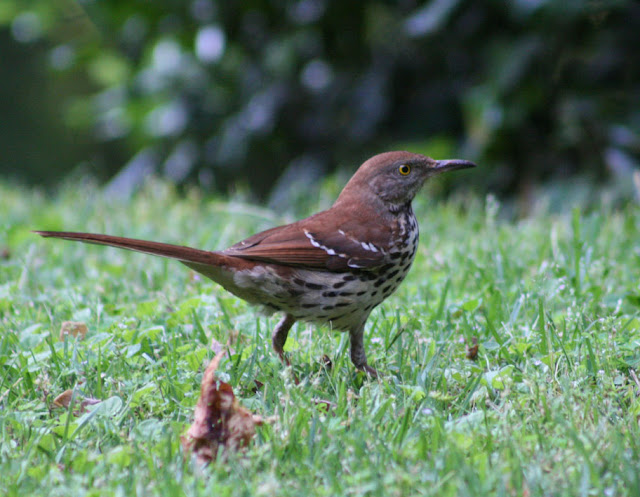 A "skulking" bird, according to Cornell's website description, and I agree.  The thrashers in my yard have not been easily observed at close range, concealing themselves in underbrush, singing from the tip-top of poplars and oaks, and generally departing as quickly as I spot them at eye level. 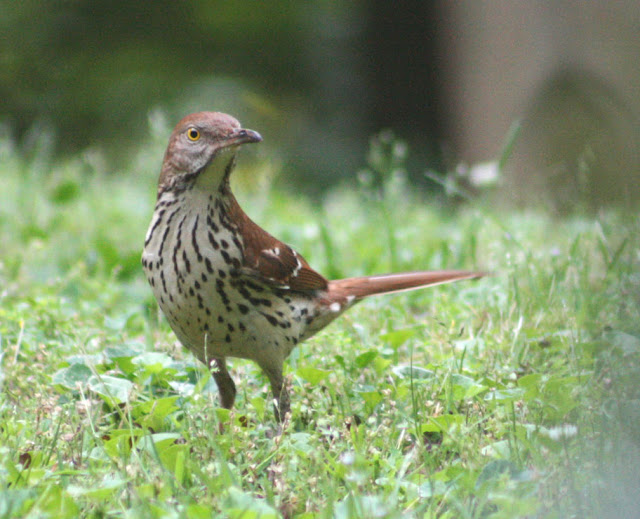 But I have seen a pair of them on many occasions, sometimes hanging out in the holly near the bird bath but rarely with enough light and visibility for me to capture a good image.  Whatever has changed, I couldn't be more delighted, because they are lately making themselves visible, hunting on the lawn in front of my patio, near the holly and the birdbath, in the same vicinity as the bluebird nestbox and the mealworm feeder.
I have even witnessed at close range, one of the pair flying down to the edge of the patio to pick up a sunflower seed that had dropped from the feeder. 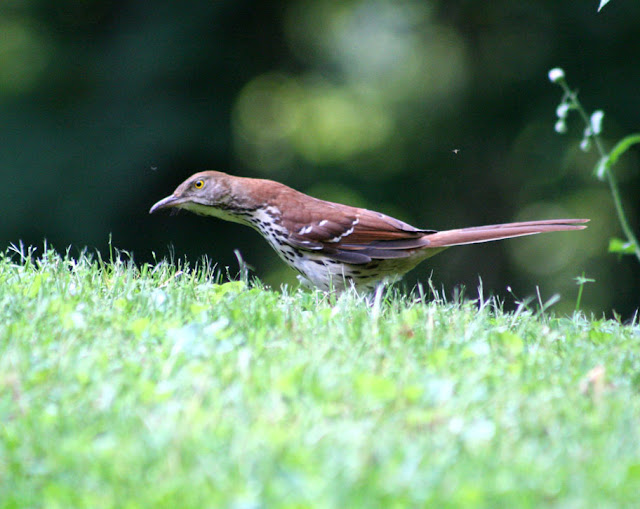 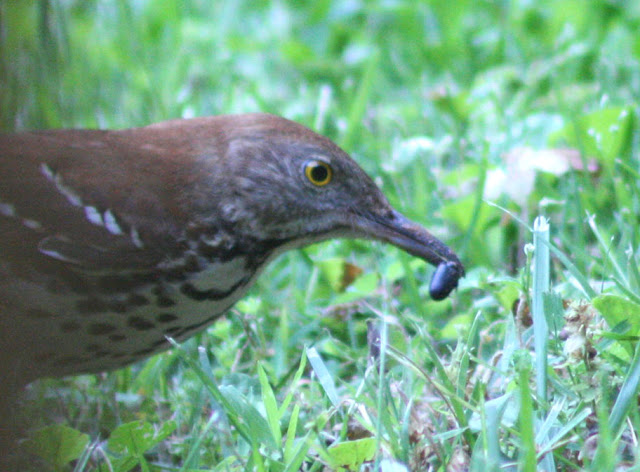 And on several occasions I've been treated to a hunting observation--neck out stretched, head cocked, pounding the ground like a woodpecker, then popping up with a beetle or a grub.  I have even wondered how much hearing plays a part in the location of prey.  Do they hear the movement of grubs and beetles under the ground or is it sight alone that guides their hunting? 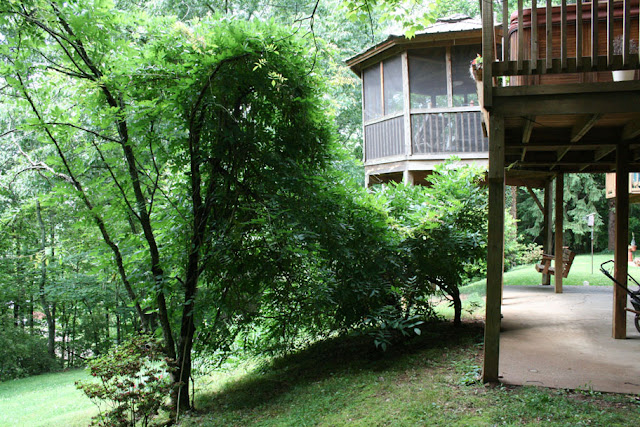 On Wednesday, the 2nd of May, I began to wonder if the pair was nesting near by.  On several occasions I have heard the male singing on the east side of the gazebo.  Not his full song, but short, soft phrases.  And not from the top of a tree, but lower. 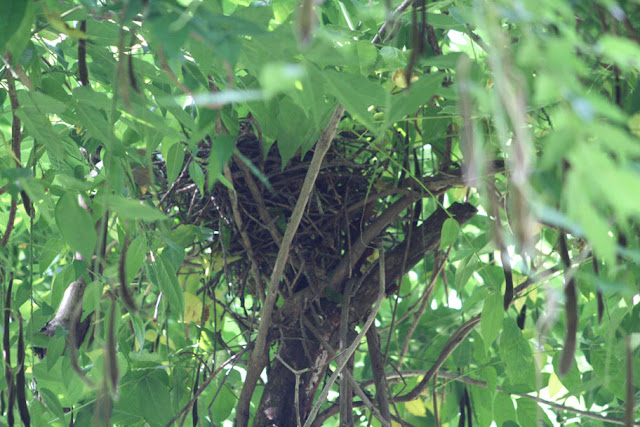 On the east side of the gazebo there is a dead dogwood, now covered by exotic wisteria that has draped its boughs over the dogwood branches year after year.  The wisteria is frequently cut back, but the vines grow rapidly.  I walked around to see if the thrashers might be building a nest in that dogwood.  And yes!  They are.  On Wednesday, there was a nice large nest of sticks already in place in a limb crotch of the dogwood, completely sheltered by the wisteria canopy. 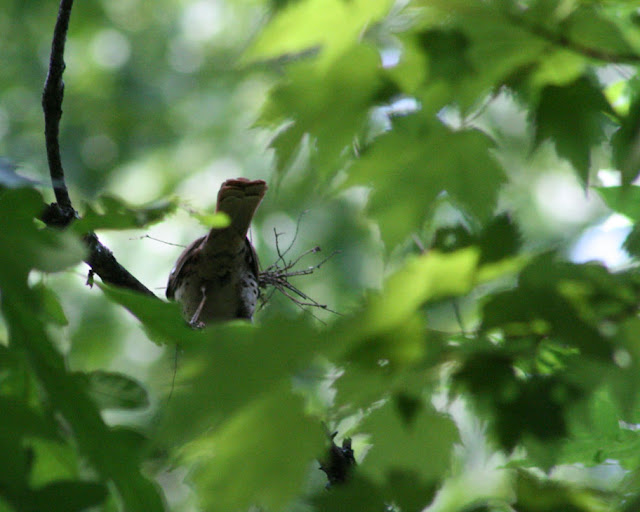 The pair was observed successively flying in and out of the nest site several times, and once when the male left the nest, he preceded his departure with a soft series of song notes.  Lovely.  Cornell also says that the brown thrasher can be as aggressive as a mockingbird when it comes to defending its territory and has been known to "strike people and dogs hard enough to draw blood."  Yikes.  I've been forewarned.