Spring is on its way--at least we all hope so.  With spring comes nesting season.  Nest boxes are already being investigated by cavity nesters in Tennessee, but sometimes the bird that chooses your yard's nest box is not the one you expected!

This was the case with Cyndi and Steve Routledge in Clarksville, TN, during the 2012 nesting season when a pair of Prothonotary Warblers selected their nest box for raising young.  Their experiences with these bright yellow cavity nesters is described in the March/April issue of the Tennessee Conservationist Magazine. Cyndi and I co-authored the text, but the story comes from Cyndi's many hours of observation and her beautiful photographs illustrate the article's pages. 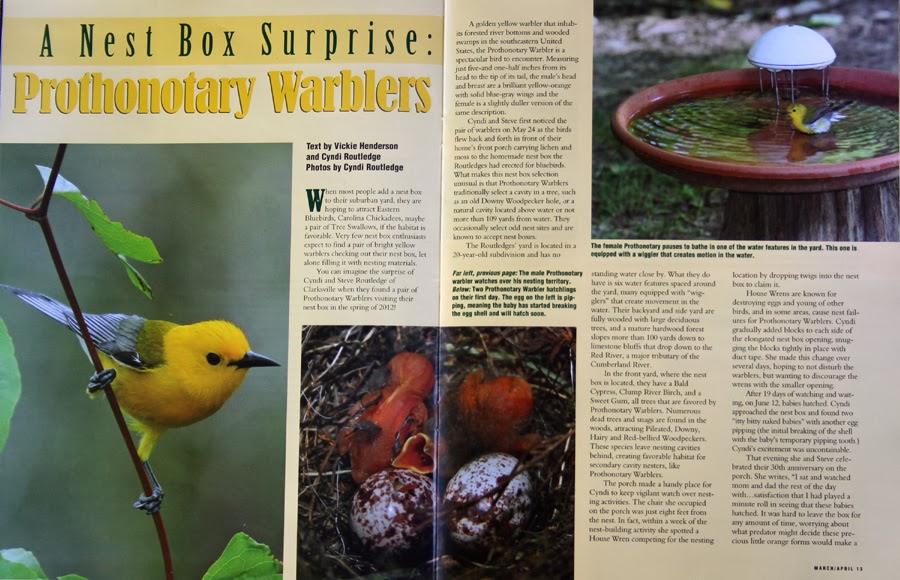 The Routledges' nest box is located in a suburban yard surrounded by woods with natural cavities created by woodpeckers, but the warblers chose a nest box right off the Routledges' front porch, farther from a natural water source than is generally expected for this species. The article's story describes Cyndi's reactions and experiences as she watched the nesting process, protecting the warbler family from competing House Wrens and even from a snake that caused alarm among all the nesting birds in her yard.

Cyndi was able to keep a vigilant watch over the nestlings and their parents, witnessing many significant events, including watching the nestlings fledge. 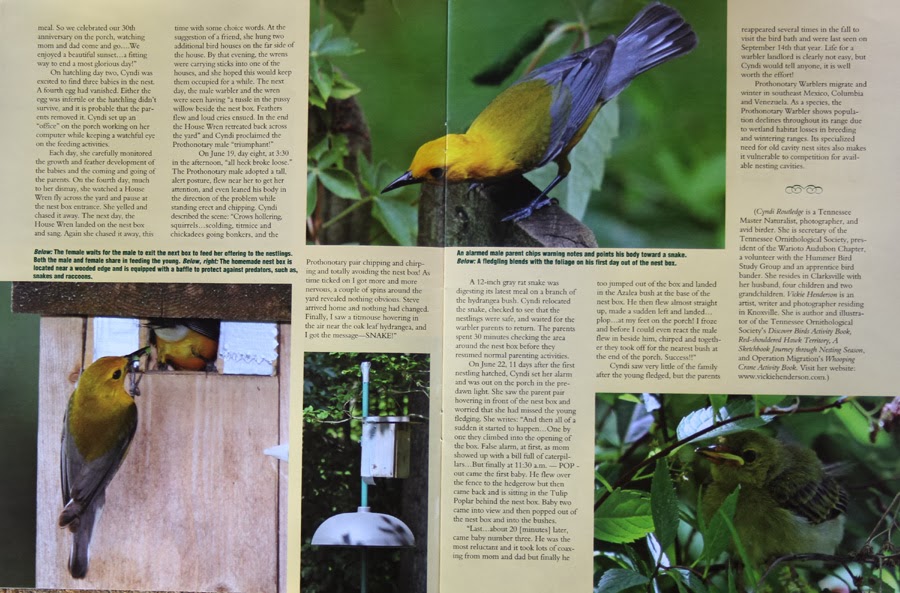 Prothonotary Warblers must compete with other secondary cavity nesters for nesting sites and the species shows population declines due to loss of wetland habitat and fewer available natural cavities. It is always special to have cavity nesting birds select your yard during the breeding season, but a pair of Prothonotary Warblers would add extra excitement to most any bird lover's nest box. 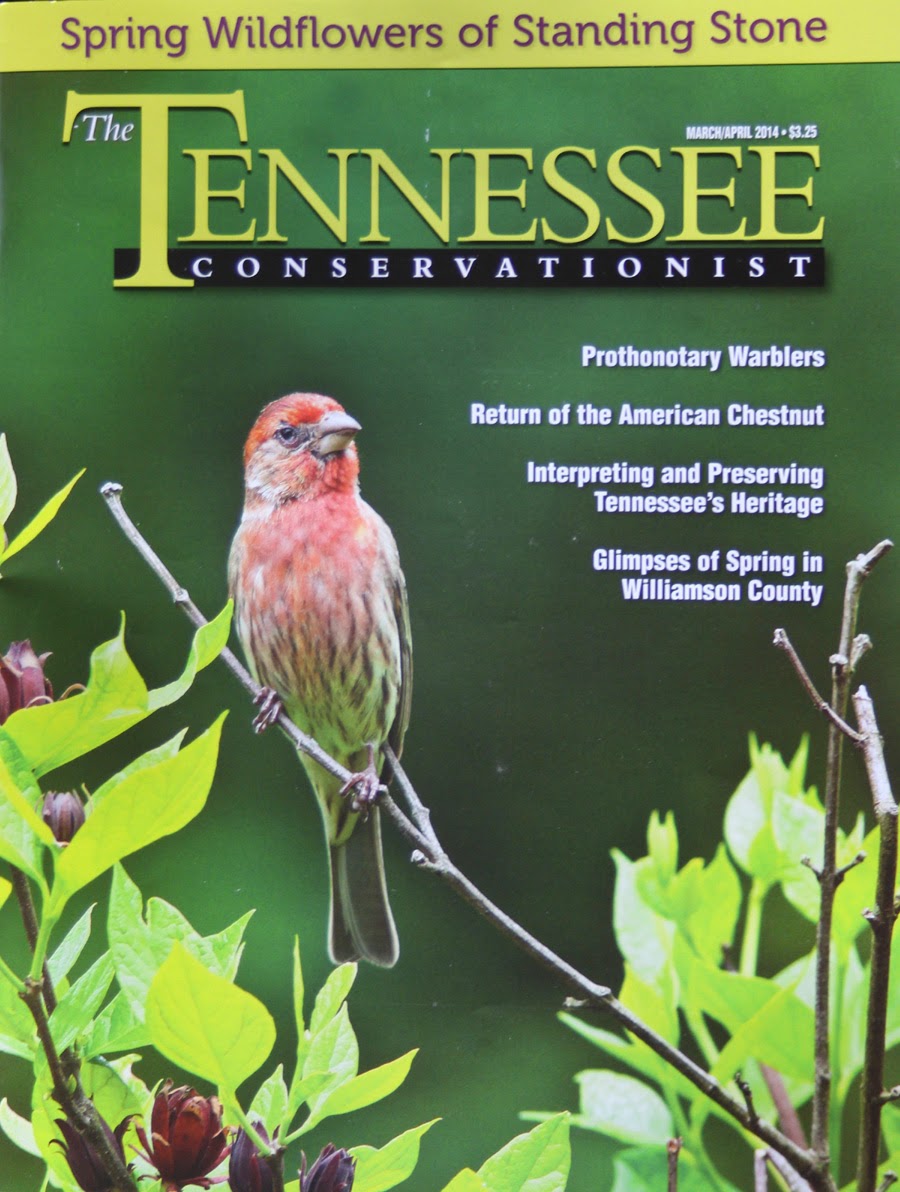 A special thank you to Louise Zepp, editor of the award-winning Tennessee Conservationist Magazine, and her staff for the beautiful layout of this article and for highlighting the article on the magazine's website.

Cyndi Routledge is a Tennessee Master Naturalist, photographer, avid birder and member of the Tennessee Ornithological Society and the Warioto Audubon Chapter.