I use the term "real" in reference to my first experience with watching papa cardinal feed a juvenile. The fledgling turned out to be not a cardinal at all, but a hungry cowbird juvenile. 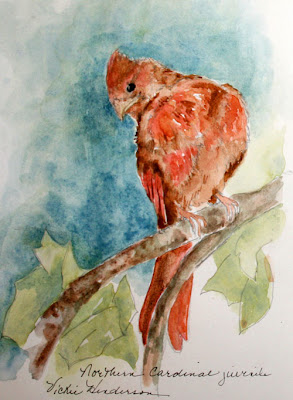 Northern cardinals are one of 44 species in our area that are known to be predated by cowbirds. In the cardinal's case, a conservative estimate is 10 percent of the time. This frequency is increasing as habitat is more and more broken by development. All the more reason why I was happy to notice this for real cardinal juvenile being fed by papa on a limb near the feeder. 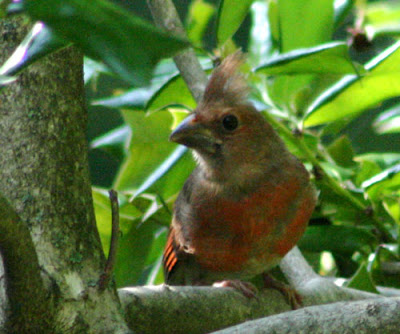 After observing the titmouse family, I'm finding the cardinals so much more cautious and timid, though they enjoy suet and seeds no less. On this particular day, the juvenile accompanied his Dad and eagerly but silently, waited to be fed. 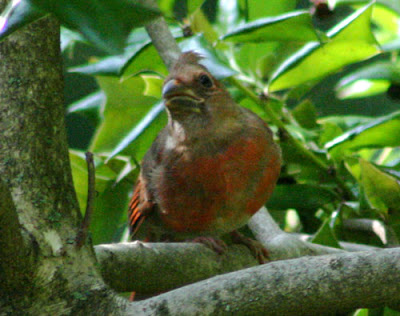 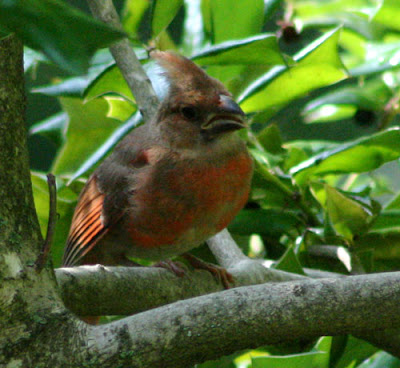 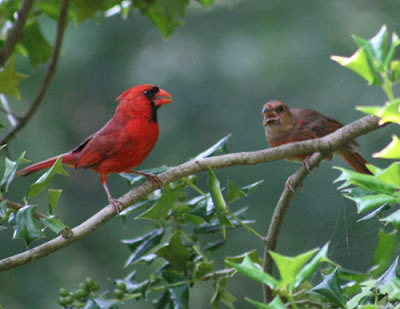 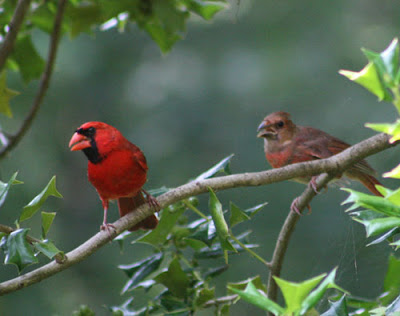 And speaking of titmice, the juvenile cardinal landed on a limb in the hemlock that is frequented by the foraging titmice family. When he did, three of the titmice juveniles surrounded him, making their squealing juvenile calls. Looking a bit overwhelmed, the cardinal ruffled his feathers, made himself look bigger, and gave a big leap. The titmous juveniles scattered. 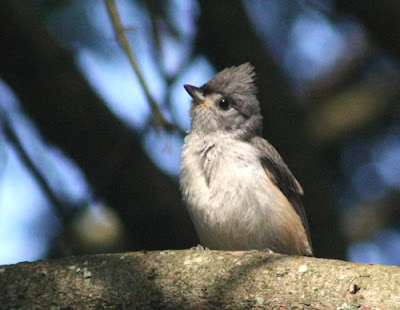 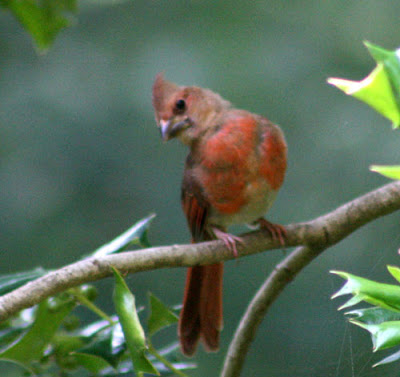