In the midst of this balmy December weather we've been having (in the 70's F) east Tennesseans have identified another Rufous Hummingbird, this one in Solway, Tennessee. 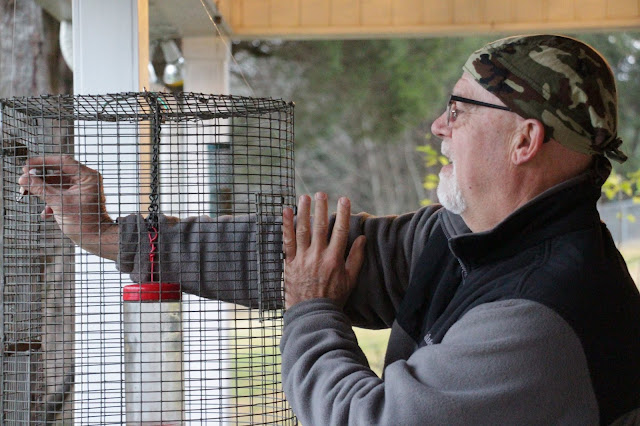 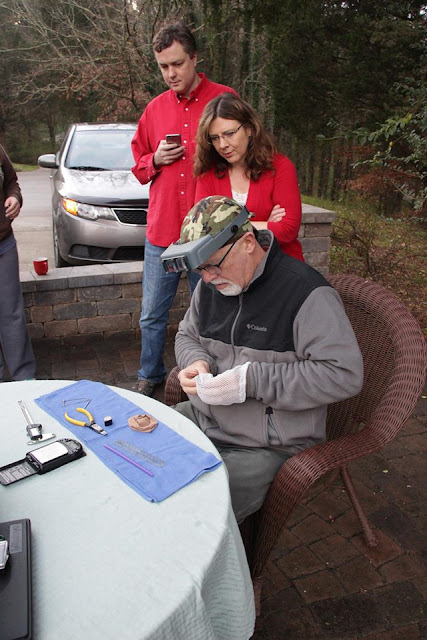 Above, the hosts of this hummingbird watch with interest as Mark removes the hummer from the net bag prior to examination.  The bag helps keep the hummer calm after capture. 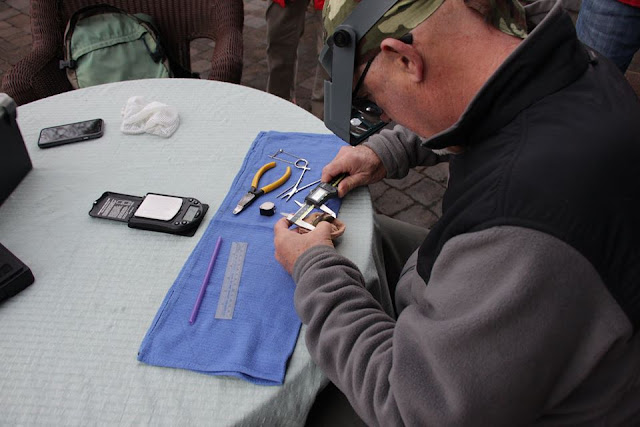 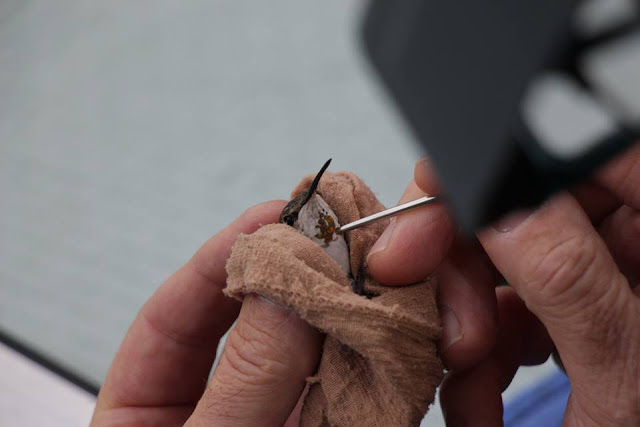 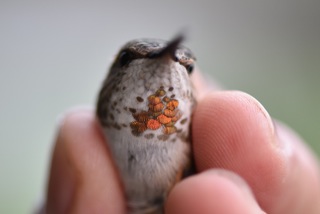 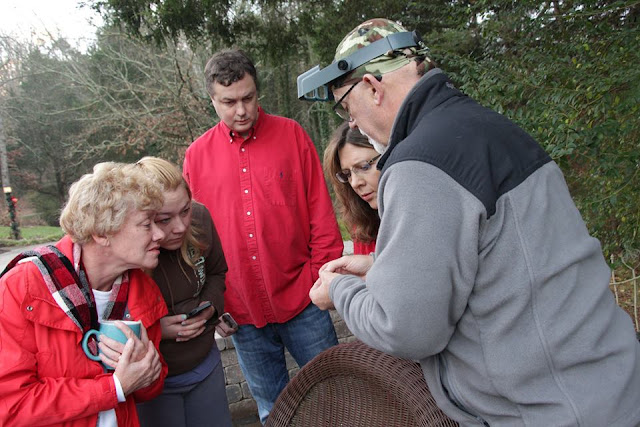 Mark shows hosts and friends some of the characteristics that help to identify this bird as a Rufous female. 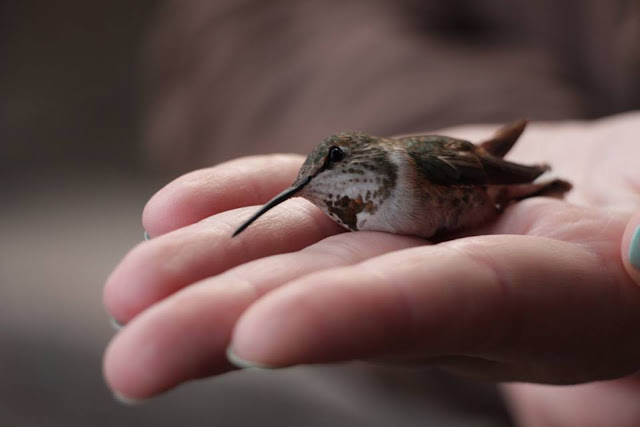 The female rests quietly for a moment before buzzing off to continue her foraging. 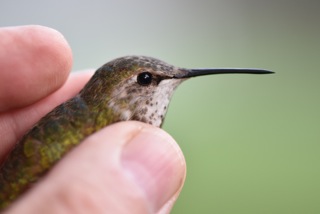 Even though Rufous hummingbirds have been found in the eastern United States for many years, biologists still know very little about why they migrate to the east.  It is also a mystery just what geographic characteristics determine their migration routes and choice of wintering grounds.  What we do know, is they have good memories and often return to the same yard the next winter.

Keep at least one feeder out this winter and you may be lucky enough to spot a wintering hummingbird!  In east Tennessee, report winter hummingbird sightings to Mark Armstrong at Woodthrush@bellsouth.net or 865-748-2224.

Thank you to Billie Cantwell for sharing her great images in this blog post!  All of the images in this post that are not otherwise credited were taken by Billie.